How are human activities on land changing the water quality?

As the human population increases worldwide, our actions on land have an increasing effect on our water quality. Land use changes, such as additional development and intensifying agriculture, lead to an increase in the amount of nitrogen (N), phosphorus (P) and sediment in our water.  An excess of nutrients in the water causes algal blooms (also known as eutrophication) and depletes the oxygen supply available to aquatic life. The N and P that enter our streams and rivers eventually flow into estuaries in the coastal zones of our oceans. As these streams and rivers drain towards the ocean, the oceans can experience the same symptoms as a smaller body of water. 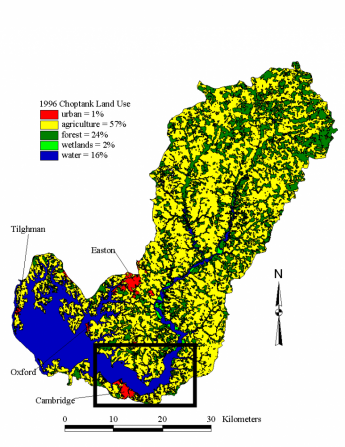 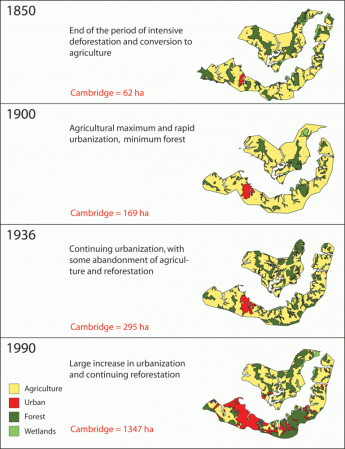 What types of research are being conducted?

Around the world, nutrients such as N and P are entering into our streams and rivers. Eventually the N and P flow into the coastal systems and become mixed into the ocean. The oceans on our planet have a very large volume of water compared to smaller coastal systems that mix into it, but the oceans can become polluted too, such as areas like the . Global trends show that coastal systems worldwide are experiencing effects such as eutrophication and dead zones. Research around the world is being conducted to understand the effects of excess nutrients and to determine ways to reduce them.

A team of researchers at Horn Point Laboratory, led by Tom Fisher, are investigating the increase in nutrients (N and P) in an east coast watershed in Maryland. A portion of the team’s research is focusing on sub-watersheds, their land uses and the amount of N and P entering small streams. The streams drain into larger bodies of water such as the . The downstream effects of the N and P cause algal blooms in surface waters and low oxygen in bottom waters. This research will help to better understand local impacts, as well as contribute to the global knowledge of water quality. 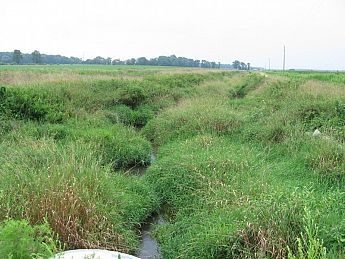 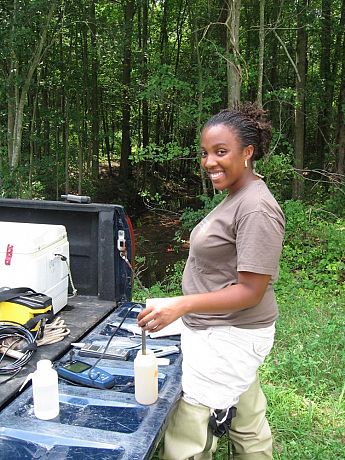