Chesapeake Bay, the largest estuary in North America, is located on the Atlantic Coast of the United States. The Chesapeake Bay watershed is 64,000 square miles and covers part of six states. The predominant land cover classes within the watershed include forest and wetland (5.2 %); agriculture (22.2 %); urban (12.0 %); and others (0.6 %).

Zoom into the satellite image on the right to see an outline of the Chesapeake Bay Watershed.

Why study the effects of climate change on Chesapeake Bay? 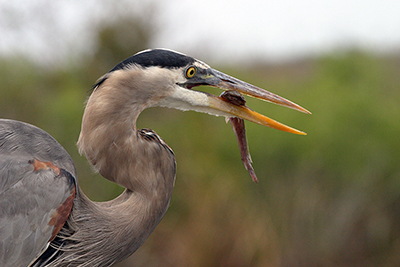 Chesapeake Bay is one of the most productive estuaries in the world. It supports 3,600 species of plants and animals, including more than 300 fish species and 2,700 plant types. 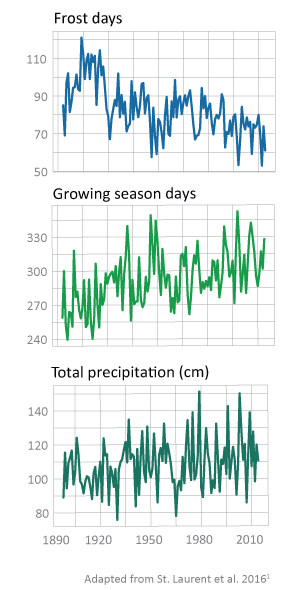 How is climate changing in the Chesapeake Bay region?

Scientists predict that atmospheric carbon dioxide concentrations will continue to increase throughout the 21st century, which will lead to decreases in ocean pH and carbonate ion concentrations, changes in temperature and precipitation patterns, and increases in sea level both globally and locally in the Chesapeake Bay region. For example, data collected from National Oceanic and Atmospheric Administration (NOAA) meteorological monitoring stations between 1960 and 2014 shows that the air temperature in the Chesapeake Bay watershed has increased significantly at 63 of 79 stations. US Geologic Survey (USGS) stream gages within and near the Chesapeake Bay between 1960 and 2014 showed that water temperature has also increased significantly at 53 of 129 stations in the region, demonstrating a strong relationship between air and water temperatures. A consequence of these temperature changes is that the number of days with frost each year is decreasing and the growing season length is increasing.

Climate change has also resulted in increased precipitation in the Chesapeake Bay region. This is because the frequency and intensity of extreme wet events has increased. In addition, the number of dry days between wet events is also increasing.